Ever since I was young I had a deep interest in series such as “Naruto” and “Dragon Ball”. I wanted to learn more about the stuff I liked, so I entered a Japanese language class at a cultural center near my home. At that time we used the book ‘Minna no nihongo” and I kept studying with it for the entirety of middle school.

Half a year before coming to Japan as a student, I was here on my second visit. At that time I was staying at a share house and I met a girl from Indonesia who was a student at Waseda BK. She told me all about the school. I found out that the school is located close to Akihabara and it gave me a big influence on my choice of a language school since I am a big fan of manga and anime.

Since most students are from China in Waseda BK, it was inevitable that I stood out. It was a bit overwhelming at first but it turned out to be a great experience after getting to know everybody. In fact, I appreciated this environment because I was unable to use English or Spanish at school but Japanese. This environment also made me improve my kanji skill to catch up with my Chinese classmates. There were certainly times I felt struggle, but this was a great opportunity to challenge myself and prove that I could accomplish what I set out to do.

Make sure to decide properly on your university and to do it with time to spare if you want to go to university in Japan. Even if you don’t have confidence in your skills now, if you put yourself through situations that challenge you you will definitely make a progress everyday.

I started studying Japanese because I’ve always loved Japanese culture when I was younger, mainly from watching anime. I decided to come to Japan because I wanted to fully immerse myself in the culture and the best way to do so was to also learn Japanese.

To be honest, I chose Waseda BK because they had that huge discount on tuition for foreigners from the Western countries. It was a very economic option lol

I think Waseda BK does a fine job at teaching. I was able to pass N2 from studying there for two years and reached N1 level classes. I think most of the effort comes from students own determination to learn Japanese though. The only thing I wish though was that the curriculum was more forgiving to non-chinese students who were learning kanji. Sometimes I felt kind of stupid during 読解 because I didn’t understand a lot of the kanji while the Chinese students could just look at the words and get a jist of what the reading was trying to say. If there’s some way the school can help non-chinese students feel more comfortable with situations like that, I think it would attract more diverse students!

I hope you enjoy studying in Japan as it really is a one-in-a-lifetime opportunity! Japanese culture has a lot to offer and Waseda BK will help you improve your Japanese for whatever your goals are in the future

I created a great interest in Asian cultures during University where I studied history. I decided that I wanted to learn Chinese, Japanese and Korean, and decided to first learn Japanese.

I looked at many schools, and the credentials as well as the unique discount offer let me to choose Waseda BK.

Thus far they are really positive. The teachers are experienced and the pace is fast. You’ll be expected to invest studying outside the class hours if you want to keep up.

If you’re serious about learning Japanese for either work or University, Waseda BK is a good choice with good amenities, location and helpful staff. 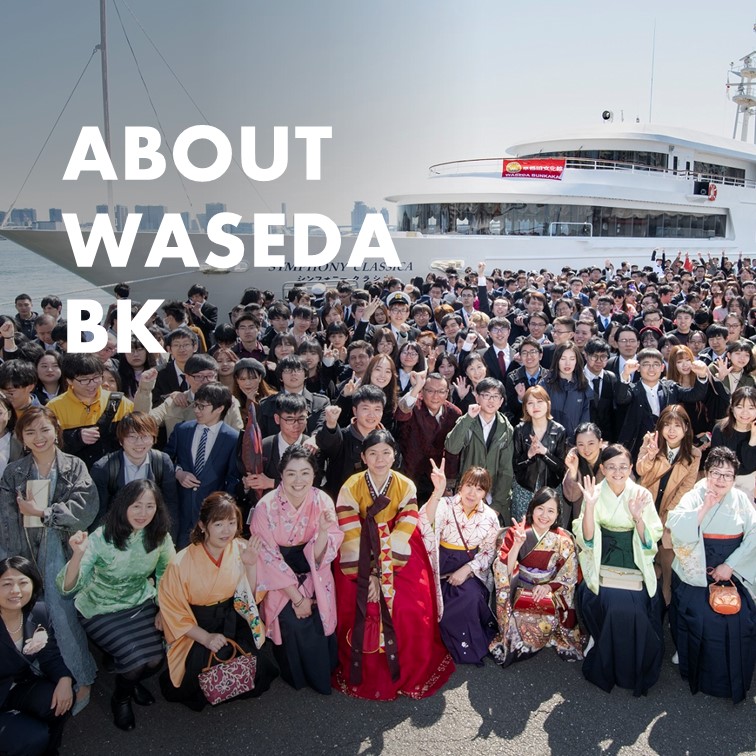